“Truth be told, I liked that blurriness. That line where reality and fiction jutted up against each other.”

Synopsis: The last thing Jamie Watson wants is a rugby scholarship to Sherringford, a Connecticut prep school just an hour away from his estranged father. But that’s not the only complication: Sherringford is also home to Charlotte Holmes, the famous detective’s great-great-great-granddaughter, who has inherited not only Sherlock’s genius but also his volatile temperament. From everything Jamie has heard about Charlotte, it seems safer to admire her from afar.

From the moment they meet, there’s a tense energy between them, and they seem more destined to be rivals than anything else. But when a Sherringford student dies under suspicious circumstances, ripped straight from the most terrifying of the Sherlock Holmes stories, Jamie can no longer afford to keep his distance. Jamie and Charlotte are being framed for murder, and only Charlotte can clear their names. But danger is mounting and nowhere is safe—and the only people they can trust are each other.

For as long as I can remember, I’ve been in love with Sir Arthur Conan Doyle’s Sherlock Holmes series. From the original stories to later film adaptations, I can’t seem to get enough of the grand adventures of John Watson and Sherlock Holmes. So when Rebecca @ Bookishly Rebecca mentioned she would buddy read the Charlotte Holmes series with me, I couldn’t refuse.

Cavallaro’s A Study in Charlotte brings to life the magic of Doyle’s mystery series. For the most part, I couldn’t put the book down.

Though there are many retelling’s of Doyle’s Sherlock Holmes, Cavallaro still manages to make he story original. Doyle’s classic mystery series has been retold over and over again. From film franchises to TV shows, there’s really no end to the amount of times people revive this classic tale. But unlike most others, Cavallaro managed to make this story authentic and original. Rather than re-creating Holmes and Watson, the story follows their “ancestors”. Doyle and the famous duo are “real” people rather than stories, but it’s their ancestors that continue on in their name. With this element along with Cavallaro’s careful attention to detailing references to the originals properly, this became on of my favourite novel retelling’s of Doyle’s classic tales.

For those looking for a “one day” read, look no further. Though the first couple of chapters weren’t the most intriguing, I still found myself NEEDING to know more. Cavallaro has mastered the element of engaging her audience as she makes the plot flow consistently and always finds a HOOK to grab the audience. The unraveling of the case was well paced, not revealing too many details too quickly throughout the novel. And once you get to the second half of the book … it’s borderline IMPOSSIBLE to put the book down … I was HOOKED until the end at that point!

Though a mystery novel, there are many more themes and topics explored in Cavallaros’ story. Honestly, I was expecting this to be a straightforward mystery novel … but Cavallaro uses this opportunity to explore a number of other topics, helping build the story and the characters within it. From drugs to sexual assaults to familial issues, Cavallaro includes a large number of darker content beyond “murder” to bring the story to a new level of connection and reality with the readers. But there’s also a great focus on other lighter topics, which helps break up the darker parts and also provides some comic relief.

Watson and Holmes’ connection is NOT an insta-love story … there’s much more substance than that. Though the friendship itself was rushed, their continuing connection brings a lot of complexity and depth to their friendship. With Holmes’ past and Watson’s insecurities, the two work together to help one another grow as individuals and overcome their own turmoils. Though there seems to be some connection beyond friendship, the first book REALLY explores the friendship element … showing how two very different people can still work together and have a connection. Oh and honestly, the banter between these two is probably the BEST part of the novel (for the most part) — it’s absolutely hilarious, providing a lot of comedy in this mystery tale.

Probably the most frustrating element of this novel is how LARGE the chapters are. Honestly, I don’t get why authors do this. The chapters are EXTREMELY drawn out, focusing on too many events and topics at once. Chapters help divide a books contents, allowing the reader to take in bits at a time and have the ability to pause sooner. Unfortunately, this was not executed properly in A Study in Charlotte, making some of the chapters overwhelming and a constant desire to skim read.

As much as I LOVE Watson and Holmes, some parts of their traits REALLY annoyed me. Watson’s obnoxious NEED to be friends with Holmes due to their family history and his “ideas” of how their adventures would be comes off as needy, whiny and weird. It’s as though he can’t live without being friends with this person he DOESN’T EVEN KNOW! Honestly, Watson’s desire to meet Holmes isn’t unnatural or odd … it’s the execution that’s done poorly. Luckily, this changes quickly and he becomes one of my favourite characters. The Holmes’ have always been known for their lack of social cues and human interaction, but Charlotte’s just downright cruel at points. I don’t like her treatment and manipulation of Watson at certain parts in the novel. HOPEFULLY, this clears up in the upcoming novels.

Rather than gradual and seamless, Watson and Holmes’ friendship feels EXTREMELY rushed and forced. Honestly, the two just MAGICALLY become friends due to “unfortunate” circumstances on the school campus. There’s no real development from strangers to friends, making this a rather peculiar interaction. Though this is similar to Doyle’s story, it doesn’t feel as natural as the original Sherlock Holmes and John Watson. It’s as though the “family history” connection MAKES them friends, rather than any substance or desired connection.

There’s little character development in this story, making it hard to find a connection with Watson and Holmes. There’s honestly VERY LITTLE moments where the author fleshes out the characters, giving us more insider information on who they are and their aspirations in life. To be frank, I think this is LARGELY due to the NUMEROUS amount of “let’s describe past interactions and events rather than actually experiencing them with the characters” moments. THESE are the moments that we should be able to learn more — random hang outs, their research adventures, etc. However, Cavallaro decides to simply mention these in passing, removing even more opportunities to flesh out Watson and Holmes’ characters.

Cavallaro’s A Study in Charlotte is a fun and fast paced read, easily readable in a day. Without excessive horror and gore, Cavallaro uses the more tradition and “cozy mysteries” genres to engage her audience … which I’m honestly a fan of. With a balance of light-hearted and thrilling moments, A Study in Charlotte is a perfect reading choice for a wide number of different audiences.

Some people pointed out the lack of adult supervision and the way they “involve” themselves rather unorthodox, but I was honestly expecting this from the beginning … so it didn’t bother me (and hence, not a woe). But I would keep this in mind if you like that “realness” factor to stories.

Have you read Brittany Cavallaro’s A Study in Charlotte? 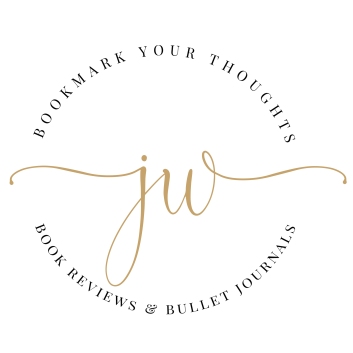 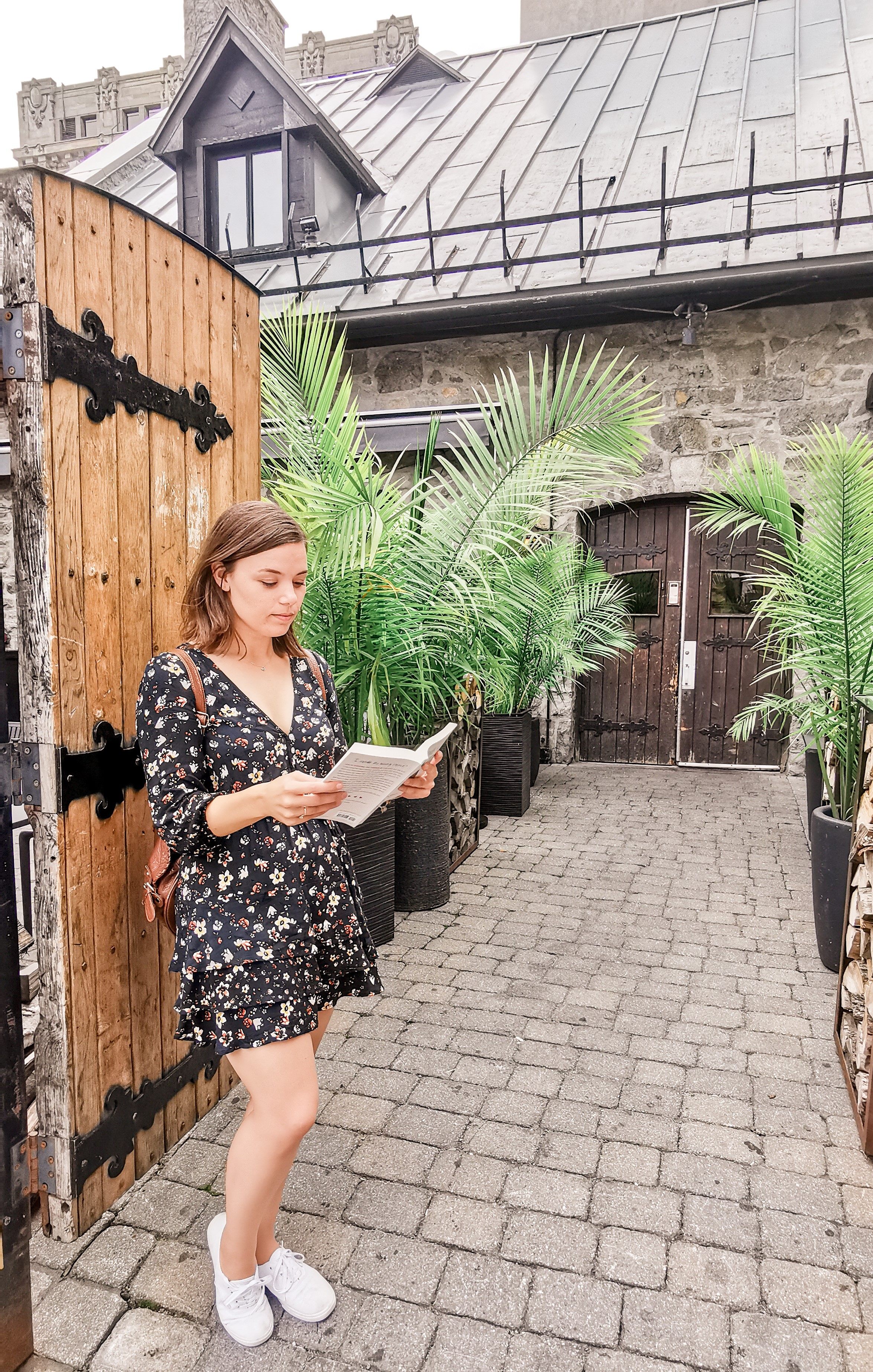